No products in the basket.

What is the
“American dream” 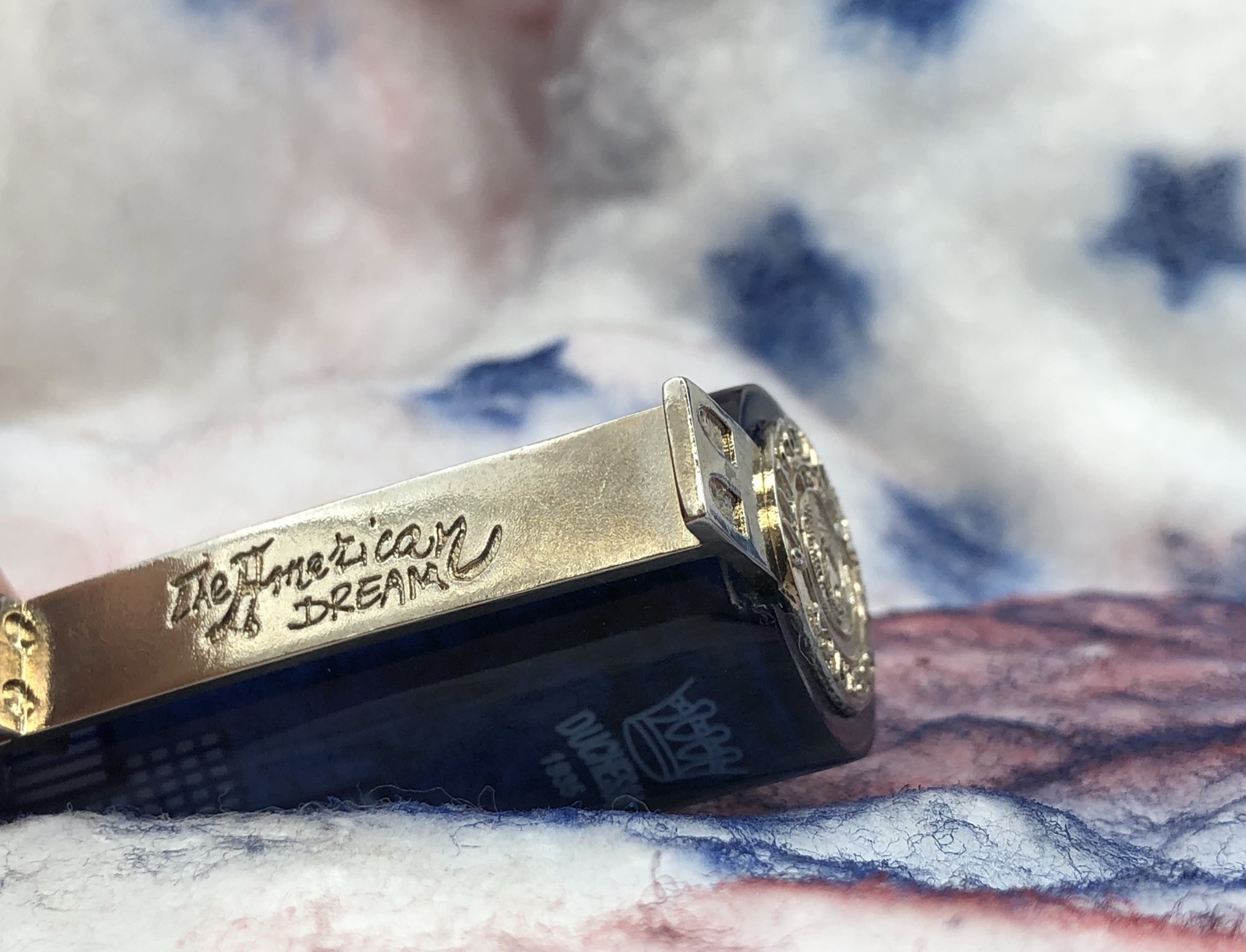 The term has now entered in the our everyday language, but often its definition is more complex than one might think. The term”American dream” refers to the hope and the deep conviction that each man, whatever his origins, with hard work and determination, can be able to achieve economic well-being and a good social position. For the american people the persuit of happiness is considered one of the inalienable rights of men.
America was in the past for many people, and perhaps somehow it still now, a kind of “promised land” a place where dreams could come true. To reach your dream there are, at least intheory, no distinctions of birth, social class or ethnic group. The term “American Dream” was first used by the American historian James Traslow Adams in his book The Epic of America published in 1931.

At that time the United States was suffering for the Great Depression and Adams used the term precisely to indicate to search for a better, richer and happier life. Even the first to coin the term was Adams, in reality the theories and ideals of the American dream already can be found in the novels of a famous American writer, Horatio Alger. In Alger’s works, the characters often pass from a life of misery and poverty to a life of economic well-being and social affirmation and happiness. Then various American historians have affirmed that the American dream is also linked to the Declaration of Indipendence of the first European settlers precisely because they were motivated too by the basic idea that every man and woman should be enabled to achieve this. Which they are able to do, without any discrimination.

Even if over time the American dream has become a widespread term to describe the American lifestyle in general, giving it a correct definition is not so simple today. Meanwile the main reason is the permanent change of the dream American which has always been a topic of great discussion within American society and among historians. Moreover, the American dream always has an individual component, each one can apply it to his life, his desideres, his dreams and his inspirations.

The forms of happiness are subjective and potentially infinite and it is for this reason that today the American dream no longer identifies with the search for economic well-being and social affirmation, but embraces more spheres of life of every man.
The myth of the American dream has also influenced a great deal literature and cinema and in turn these have contributed to the spread of his myth in society. 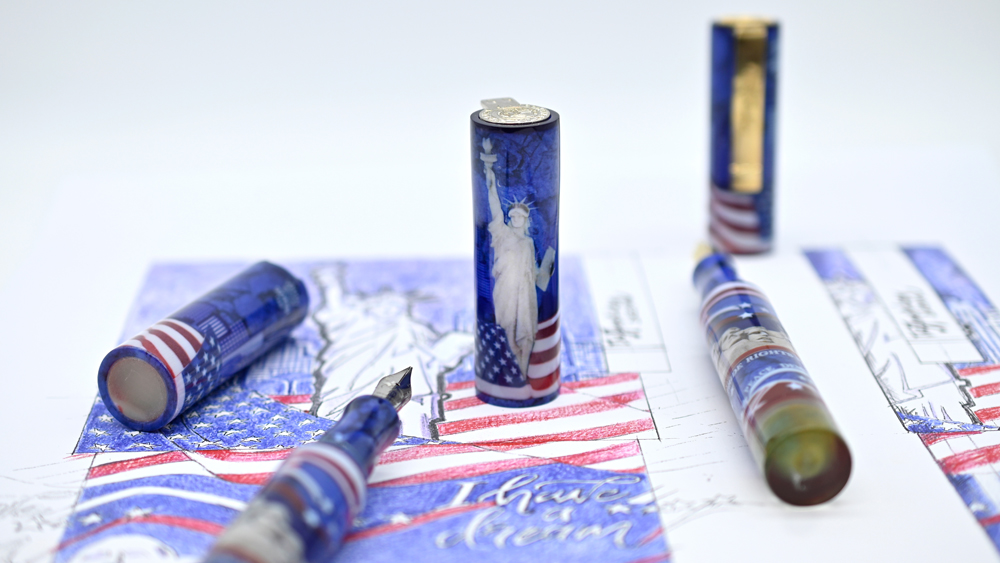 Fountain pen in limited edition to 76 pieces with palladium trims and 76 pieces with gold plated trims. The pen is made with a very innovative new production technique called “Multilayer Technology”.
The process consists in the deposition of the drawings at different levels in order to create a 3D effect in a very deep surface.
Each painting is realized in sublimation at different levels and then is applied a final external layer to protect the artwork.
Obviously if the pen gets scratched can be easily re polished with no problem for the painting.
The extremely detailed painting and the 3D effect makes this technique not only precious and at the same time resistant to his daily life. 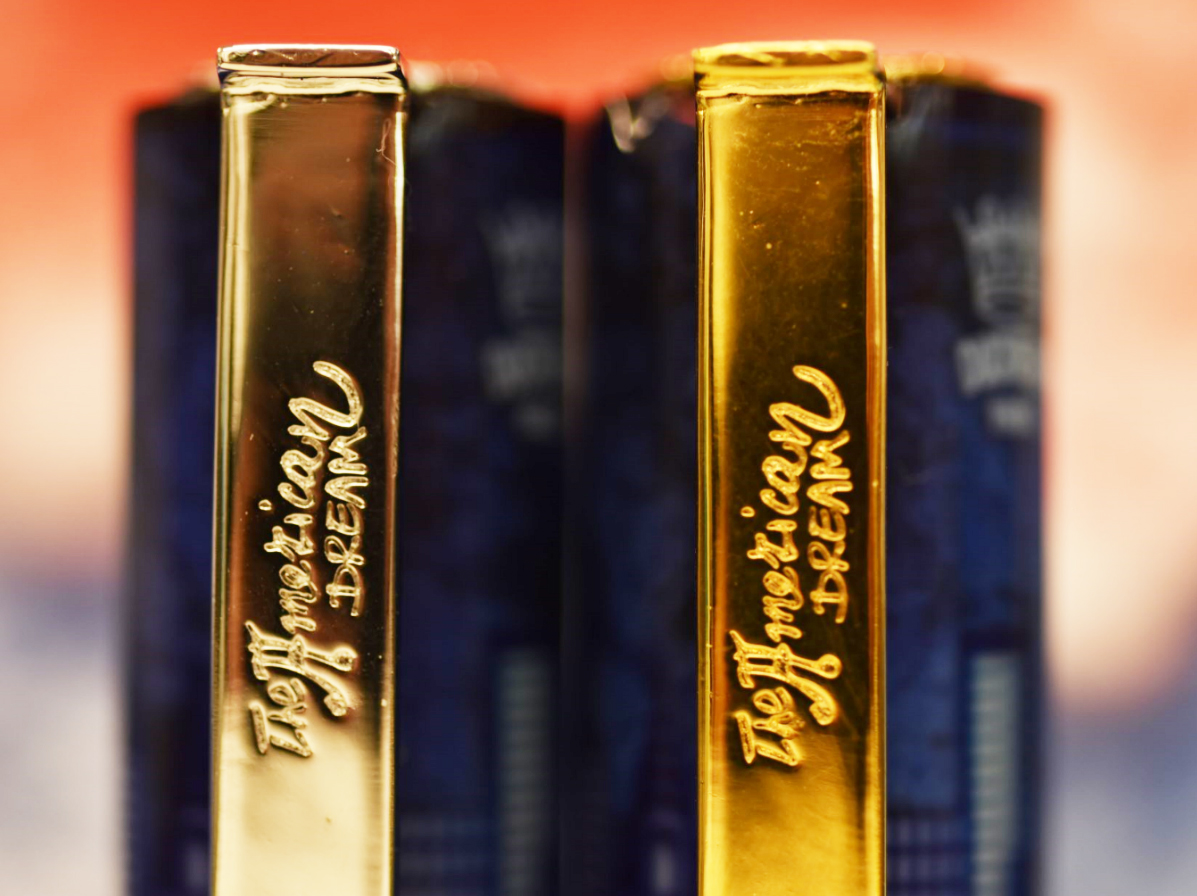 The pen oversized to better distribute the main symbols that recall the American dream along the diameter of the barrel and cap.
The clip, which bears the name of the pen, is operated by a mechanism that connects it to the cap head and is finely engraved with the first US dollar.
In front the America flag blown by the wind in which houses the Statue of Liberty, symbol of New York and the Unite States of America, a monument of recent history that fight for independence.
Against the background of a night sky the American and New York skyscrapers, perfect metaphor and architectural expression of capitalism and more generally of modernity, giving exemplary form to a complex series of symbolic, economic and technological factors. 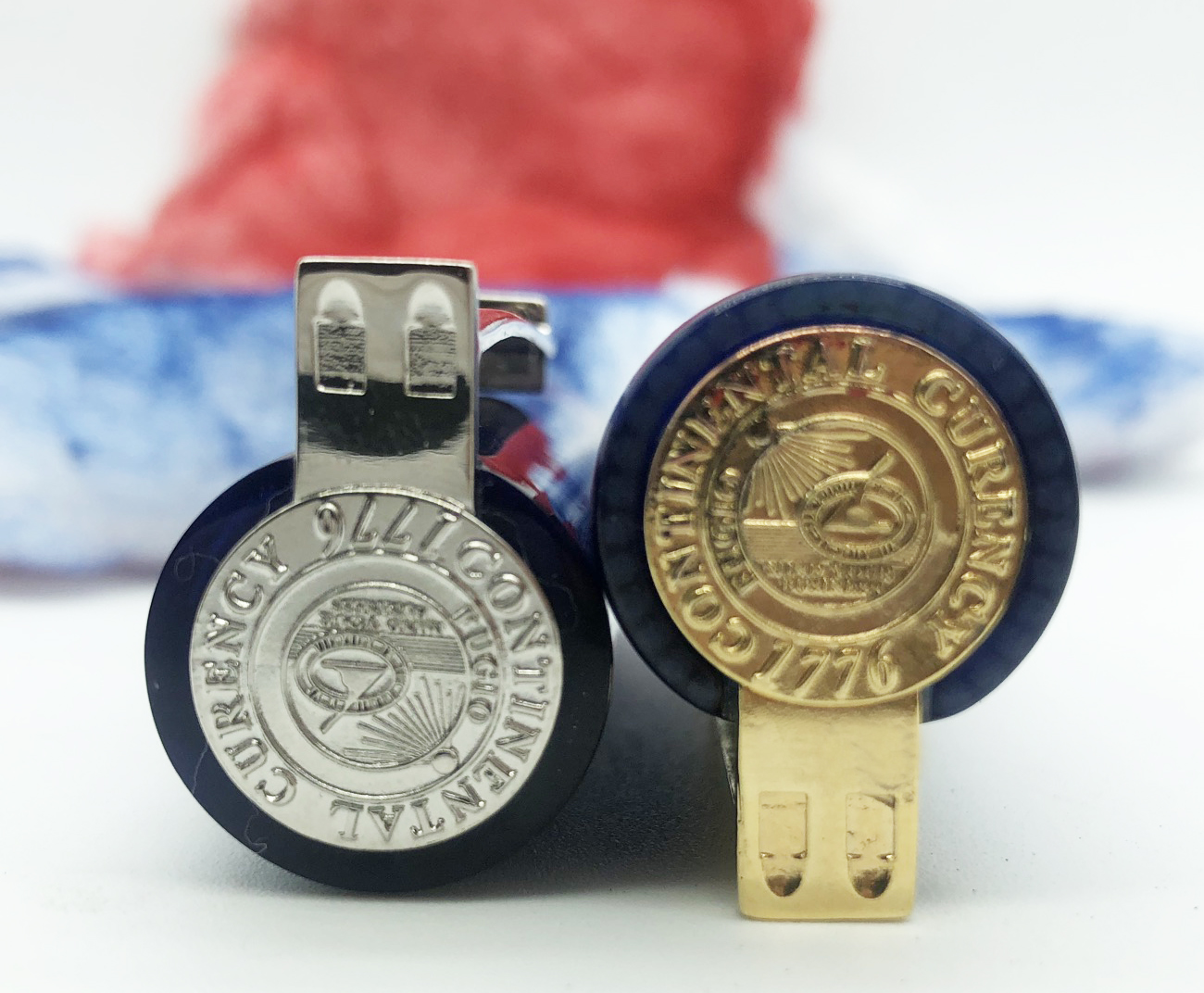 On the barrel of the pen a reference to the National Monument of Mount Rushmore with four faces of Presidents of the United States of the America George Washington, Thomas Jefferson, Theodor Roosevelt and Abraham Lincoln chosen respectively as symbols of the birth, growth, development and conservation of the United States of America.
Also the American dream can be summarized by significant words and quotes that symbolized it, the most significant reported together with the refined decorations on the barrel of the pen. 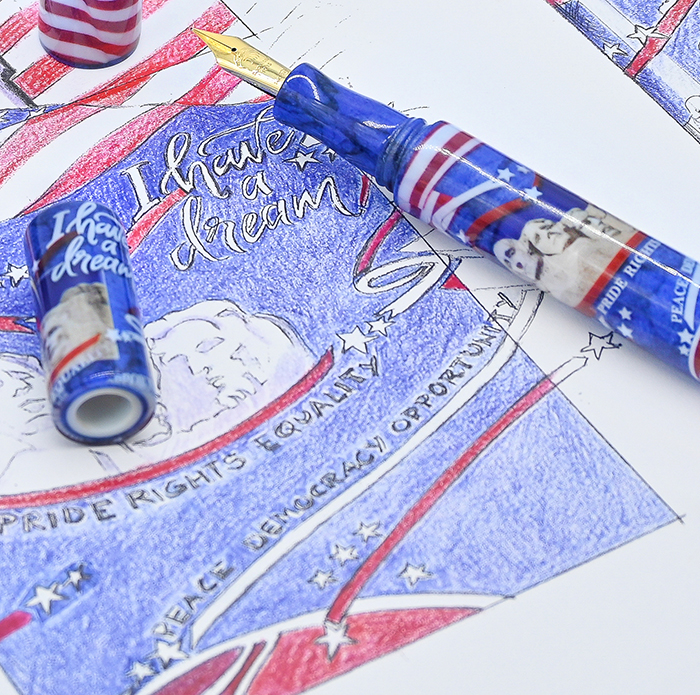 Finally, on the blind cap that activates the piston ink filling system, the Liberty Bell symbol of the American society.
The 14 carats gold nib is engraved with an eagle that symbolize strength, courage, freedom and immortality. 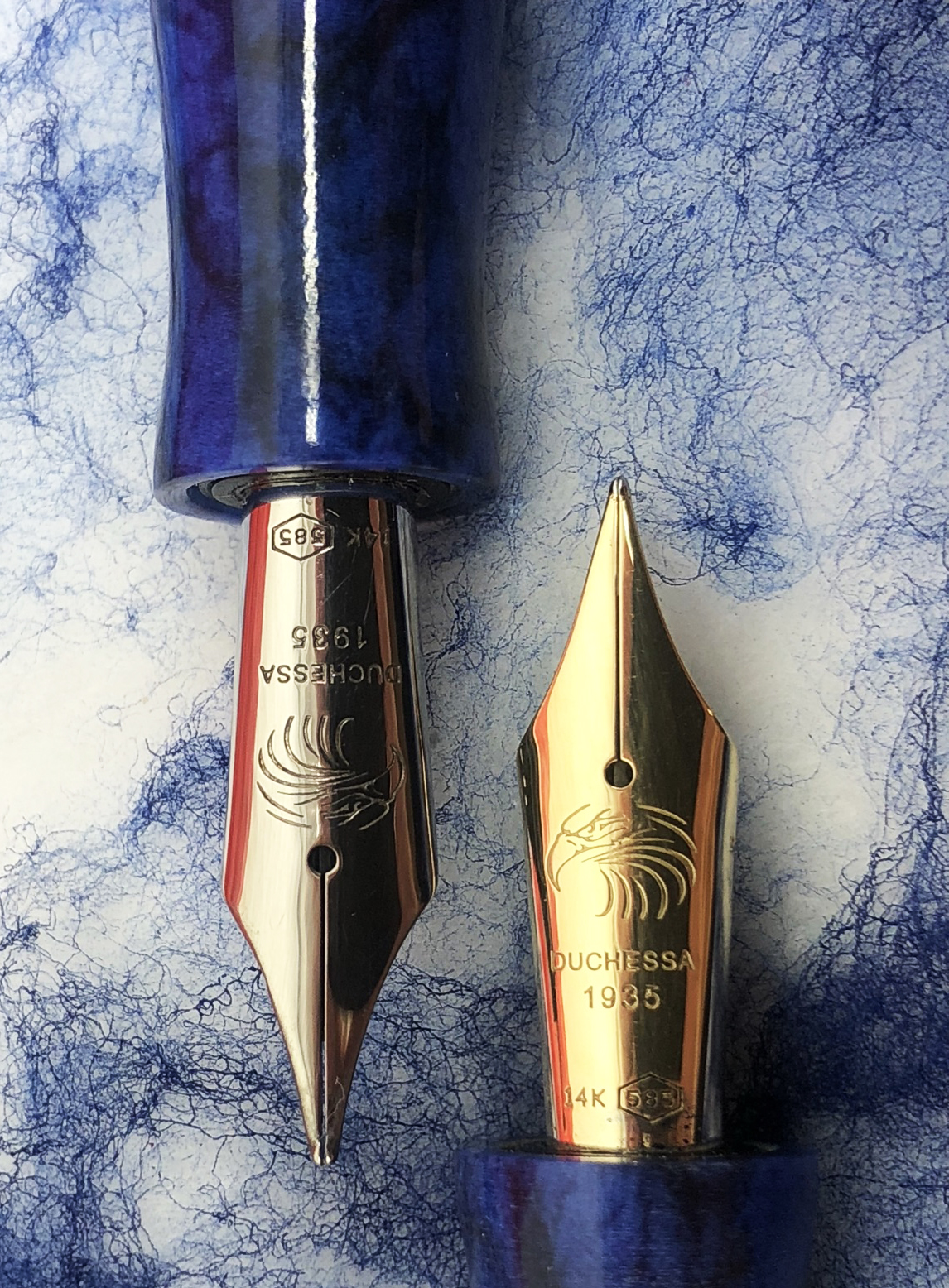 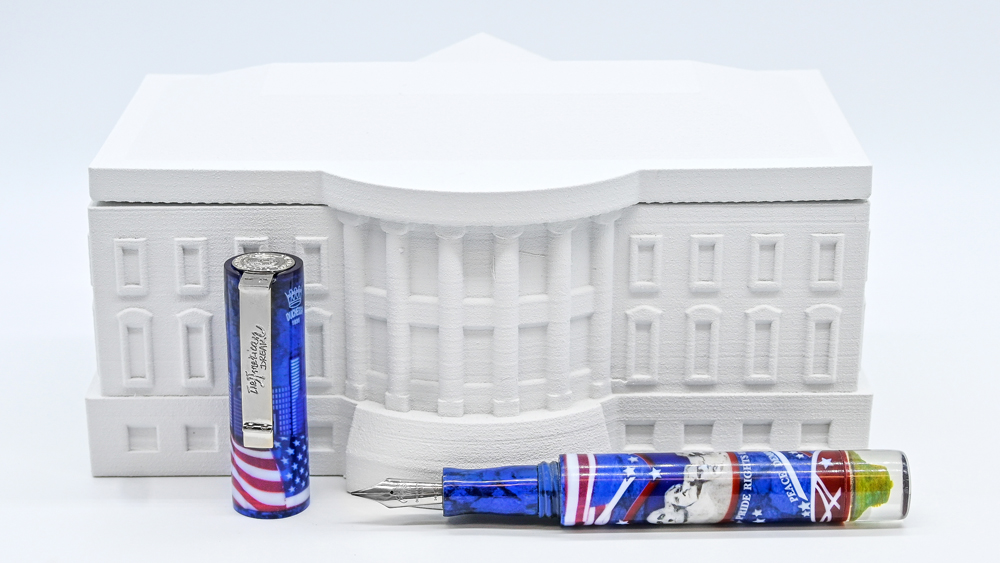 The White House, the official residence of the President of the USA and the seat of the Presidency itself, stylized in the box that contains the prestigious fountain pen.